skip to main | skip to sidebar

I just received an e-mail from the country director here informing all of the volunteers that the only large boat servicing the islands of Tonga other than Tongatapu has been deemed unsafe and unseaworthy. A year ago there were two boats, the Princess Ashika and the Pulupaki. The Princess Ashika was used until it sank and ended up killing over a hundred Tongans. After the Princess Ashika sank there was a massive review of what happened with the boat to look into why it was still in service. The hearings showed massive amounts of negligence in the ministry of transportation down to the captain of the boat and many of the crew members. The captain was even asked if he knew if the boat was going to sink and replied, "Yes, I thought it was going to sink every time I got on it." He still did nothing and let many of his passengers die. After the Ashika sank the Pulupaki had to carry all of the cargo that the Ashika was to carry. Many people knew that this was dangerous as well and the crew often did not follow many international marine laws such as providing life jackets or giving a safety briefing before each trip. After hearing about the negligence in the case of the Ashika and what I knew about the Pulupaki I decided never to get on the ship. I am happy that the boat is now out of service but now we have a huge problem.

Few goods are made on many of the islands here in Tonga. My island only produces a few root crops and exports little. We are almost completely dependent on outside imports. With the Pulupaki out of service we will soon run out of basic food items like sugar and flour. Even the chicken, eggs and canned goods are imported here. If the Pulupaki is not replaced soon it appears that everyone on my island will have to survive off of root crops, fish and the animals native to the island. Nobody knows where a new boat will come from and Tonga cannot afford a new one. The Japanese are building and donating a boat for Tonga but it is not expected to be finished until January of next year. It looks like my diet is about to change tremendously.

The other sad part about losing the Pulupaki is that the Peace Corps will no longer be able to support five volunteers here is Ha'apai. The Pulupaki was their only means of getting to their islands so they are all being pulled from their schools and will have to find new sites. Two of the volunteers have only spent three weeks at their sites so far but the three others have already been there for over a year. It is devastating for them to have to leave their sites and start all over again at new schools and in new communities.

I am a little worried about what will happen to the rest of us in Ha'apai. Will all of my basic supplies have to be flown in? We are expecting some serious inflation here; will I still be able to live here within my living allowance? There are a lot of tough questions to be answered. I have already spent my entire monthly allowance stocking up on food items here. As soon as I receive my money from next month I am planning on spending it on as many canned items and food that come on the boat as possible. 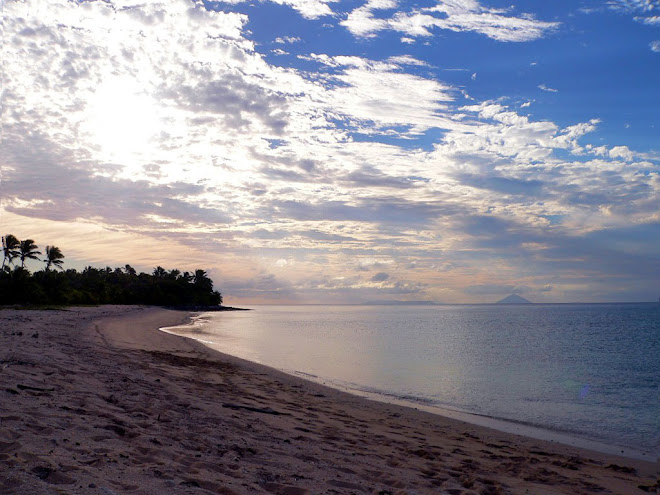 Todd
Pangai, Ha'apai, Tonga
Blogging my 27 month adventure in the Kingdom of Tonga. The views reflected are my own and in no way represent the opinion of the United States or the US Peace Corps.